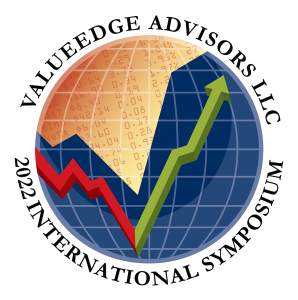 I write with an important update about our Holiday Symposium.

As you may know, a UK rail strike has been scheduled for the day preceding and the day of the Holiday Symposium (December 13 and December 14). It is anticipated that the strike and related actions will cause substantial disruptions and delays throughout the UK, including disruptions to air travel in the area. To assure the safety and comfort of our guests, and in consideration of the rail workers and their families during this difficult time, ValueEdge Advisors and our sponsors have decided to postpone the Holiday Symposium. We are hopeful that the dispute underlying the strike will be resolved quickly and fairly, and that railway workers and their families, as well as communities throughout the UK, are able to enjoy a safe and happy holiday season.

We are grateful for your continued interest in our events, and will be in touch soon with exciting news about our 2023 International Symposium. As always, please feel free to contact us with any questions or concerns at info@veaglobalevents.com.

We look forward to seeing you next year, and wish you a warm, wonderful holiday season with family and friends.

Mark Solomon is a founding and managing partner of Robbins Geller Rudman & Dowd LLP and leads its international litigation practice. Over the last 29 years, he has regularly represented United States and United Kingdom-based pension funds and asset managers in class and non-class securities litigation in federal and state courts throughout the United States. He was first admitted to the Bar of England and Wales as a Barrister (he is non-active) and is an active member of the Bars of Ohio, California, and various United States federal district and appellate courts.

Since 1993, Mr. Solomon has spearheaded the prosecution of many significant securities fraud cases. He has obtained multi-hundred million-dollar recoveries for plaintiffs in pre-trial settlements and significant corporate governance reforms designed to limit recidivism and promote appropriate standards. Prior to the most recent financial crisis, he was instrumental in obtaining some of the first mega-recoveries in the field in California and Texas, serving in the late 1990s and early 2000s as class counsel in In re Informix Corp. Sec. Litig. in the federal district court for the Northern District of California, and recovering $131 million for Informix investors; and serving as class counsel in Schwartz v. TXU Corp. in the federal district court for the Northern District of Texas, where he helped obtain a recovery of over $149 million for a class of purchasers of TXU securities as well as securing important governance reforms. He litigated and tried the securities class action In re Helionetics, Inc. Sec. Litig., where he won a $15.4 million federal jury verdict in the federal district court for the Central District of California.

Before working with the Firm, Mr. Solomon practiced at the international firm Jones Day in Cleveland, Ohio, between 1987 and 1990, followed by practicing at the Los Angeles office of New York's Stroock & Stroock & Lavan. At these firms, his representations included the defense of securities fraud and other white-collar crimes, antitrust, copyright, commercial and real estate litigation, and reinsurance arbitration. While practicing in Los Angeles, acting for plaintiffs as sole counsel, Mr. Solomon took to trial and won complex commercial contract and industrial real estate actions in the Orange County and Los Angeles Superior Courts, respectively.

Mr. Solomon has lost one trial (in a Florida state court in 2007) which involved a dispute among former business partners. Robbins Geller absorbed all of the related fees, costs, and expenses on behalf of its clients in the case.

The Legal 500 has named Mr. Solomon a Recommended Lawyer in its nationwide category of "Securities Litigation – Plaintiff," citing his dual qualifications in English and U.S. law and his leadership of the Firm's international litigation practice. He has also been named a Leading Plaintiff Financial Lawyer by Lawdragon and a Super Lawyer by Super Lawyers Magazine. He earned his law degrees at Trinity College, Cambridge University, England, Harvard Law School, and the Inns of Court School of Law in London.

Former Prime Minister Theresa May served as leader of the United Kingdom from 2016 to 2019. She is the second female in British history to hold the position.

Theresa May served as Prime Minister of the United Kingdom and Leader of the Conservative Party from 2016 to 2019, during an extraordinary time in global affairs. She is currently the Member of Parliament for Maidenhead — a position she’s held for over two decades.

Mrs. May has been involved in politics at all levels for many years, starting out stuffing envelopes at her local Conservative Association before going on to be a councillor in the London Borough of Merton from 1986 to 1994. In May 1997, she was elected as the Member of Parliament for Maidenhead, the constituency in which she lives. She has held various positions in Parliament since. In 2005, Mrs. May co-founded Women2Win, an organization dedicated to increasing the number of Conservative women in Parliament and in public life.

Appointed Home Secretary in May 2010, Mrs. May made history by becoming the longest-serving Conservative Home Secretary in the past 100 years. During this time, she oversaw reductions in crime, reform of the police, and the introduction of the landmark Modern Slavery Act.

Following her election as Leader of the Conservative Party, Mrs. May was appointed Prime Minister in July 2016, where she became the first woman in British history to hold the position since Margaret Thatcher.

As Prime Minister, Mrs. May led negotiations with the European Union after the country’s historic Brexit referendum. She also oversaw the largest ever cash boost to the UK’s National Health Service and the largest expansion of mental health services in a generation. She launched a 25-year Environment Plan and introduced legislation to end the UK’s contribution to global warming entirely. She also established the first ever Race Disparity Audit to shine a light on injustices, and published a Modern Industrial Strategy to ensure that the jobs of the future are created across the whole country — not just in London.

During her time in Downing Street, the UK’s national debt fell, there were more people in work than ever before, and taxes were cut for 32 million people.

Richard A. Bennett is President and CEO of ValueEdge Advisors, a firm he founded in summer 2014 to help institutional investors engage with their portfolio companies. From 2006 he was CEO and then Chairman of GMI Ratings and its predecessor, The Corporate Library, a globally recognized investment research firm specializing in corporate governance and ESG with offices in London, New York, San Diego, and Portland, Maine. In August 2014, GMI Ratings was sold to MSCI.

He worked as Director of Corporate Governance for LENS, an institutional activist fund, from 1997 to 2002. He served from 2004 to 2016 as a non-executive director of Trucost, Plc, a U.K.-based firm offering products and services that allow companies, governments, and fund managers to better understand their environmental performance. From 2009 to 2014, he served on the Board of Governors of the International Corporate Governance Network (ICGN), and currently serves on the ICGN Nominating Committee. He is an independent director of Biddeford Internet Corporation d/b/a GWI (an ISP and telecom business), Atlantic Trust (Maine) (a fiduciary trust company), and Quoddy Inc. (a footwear brand enterprise).

Mr. Bennett has an extensive background in politics and government service as well as a wide range of private sector experience. A former president of the Maine State Senate, Mr. Bennett served four terms in the Maine Senate and two terms in the state’s House of Representatives. From 2013 to 2017, he was Chairman of the Maine Republican Party and a member of the Republican National Committee. In 2014, he volunteered as a member of the MainePERS ESG Integration Task Force.

Directorship magazine has recognized Mr. Bennett six times in its annual list of the 100 "most influential people in corporate governance and the boardroom." In December 2010, he was named by Global Proxy Watch as one of the "10 people around the world who had the most impact on corporate governance in the previous year."

Mr. Bennett was a member of the board of trustees of Hebron Academy from 2010 to 2019. He was a member of the President's Commission on White House Fellowships from 2005 to 2009. He graduated with honors from Harvard College in 1986 and received his M.B.A. from the University of Southern Maine in 2000.